It’s not been the easiest of starts for Fantasy Footall managers, but Jack Healy is here to talk all things fantasy in the worlds of Fulham and the Premier League in general.

You’ve had the two week international break to stare at your mini league tables, and all that staring unfortunately hasn’t changed your position at the foot of the table. You decided to ignore Marcos Alonso because you didn’t think he’d benefit from a shift to a back four.

You stuck by your premium midfield pairing of Christian Eriksen and Leroy Sane. You did jump on Richarlison for gameweek three though after his stellar opening two game weeks, only to see him head butt his way to a red card and a three match suspension.

If any of this sounds familiar, it may be time to press the panic button early and start all over again. We’ll go through the must haves and the value picks for your wildcard teams, but first let’s see how our Fulham assets have been getting on in Fantasy land.

Fabri started the first two games, but has since been replaced by Marcus Bettinelli. We also have Sergio Rico waiting in the wings, and he was a given a run out against Exeter in the Carabao Cup. With such instability regarding the No.1 spot, it’s best to steer clear until someone gets a sustained run of games.

The same can be said for our defence, and we have started with a different back four in every league game. This, along with conceding at least two goals every game, has resulted in not a single Fulham defender getting more than a total of four points for the first four game weeks. It’s not surprising that Calum Chambers, Cyrus Christie and Tim Ream have also dropped £0.1 million in price.

It has been a slow start for our midfielders as well, with no fewer than eight experiencing price drops since the start of the season. However, Jean Michael Seri (£5.4 million) and Andre Schurrle (£5.9 million) have shone in our last two matches against Burnley and Brighton, collecting 16 and 13 points respectively. Seri in particular looks a class above at the moment. He seems guaranteed 90 minutes every match, and given he has already proven he can get goals, assists and bonus points, he would be my pick.

Now we come to our forwards, and there’s only one man getting the whole of Fantasy Premier League talking. Four ninety minutes, four goals, three bonus points, no realistic threat to his starting spot, and a misjudged starting value. Mitrovic (£6.7 million) has everything you want from a Fantasy asset. You should jump on the bandwagon like over a million other managers, before his price inevitably rises even more than the £0.2 million it has so already.

A few players have made themselves essential assets, with high ownership levels, big scores and good underlying statistics to indicate sustainability. In defence, it appears to be the year of the left back. Marcos Alonso (£6.8 million) has backed up his previous pedigree, while Benjamin Mendy (£6.4 million) and Andrew Robertson (£6.1 million) have emerged as the key attacking outlets for Man City and Liverpool. Ownership of two, or maybe even the holy trinity, is non negotiable.

I would still always have Mo Salah (£13 million) in my team, purely to allow me to sleep at night. He has done the business in three out of four game weeks, and will give you consistent points and captain picks all season long. He can be paired with either Sadio Mane (£10 million) or Eden Hazard (£10.7 million).

I would veer towards Hazard because of Liverpool’s tough upcoming fixtures and to avoid doubling up on Liverpool midfielders. Up front, Sergio Aguero (£11.3 million) is now in over half of all teams. He’ll be licking his lips at coming up against us, Cardiff and Brighton in his next three fixtures. Soften the blow when he scores a hat trick against us, and get him in your team. 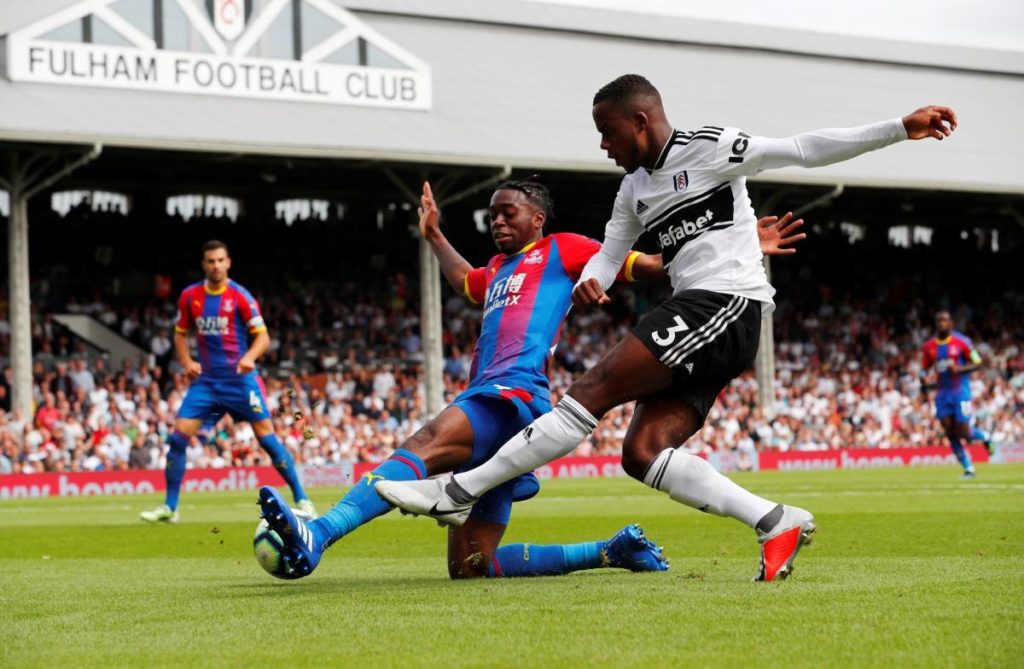 Such big hitters don’t come cheap, but you should be able to accommodate most of them with a few value picks making up your starting eleven. Crystal Palace’s Wan Bissaka (£4.1 million) has had an unfortunate run since his standout performance against us, getting a red card against Liverpool and giving away a penalty against Southampton. But it appears he still has the faith of Roy, and with a run of kind fixtures until gameweek 8, he would allow you to get all three premium defenders.

Richarlison (£6.5 million) will return in gameweek 6, and with Everton having winnable home fixtures all the way to gameweek 15, he’ll be returning to a lot of squads. His main competitor for the role of mid price midfield bargain may be James Maddison (£6.5 million), who has adjusted well to life in the Premier League with a goal and an assist for Leicester so far.

He seems to be at the centre of all of their attacking play in the No.10 role, and Leicester only play one of the top six up until gameweek 15. In attack, Calum Wilson (£6.2 million) has two goals and three assists already, and there’s no reason to suggest he won’t add to that with Bournemouth avoiding the top six until game week 11.

So that’s all for this Fulhamish Fantasy Premier League update. Congratulations to August Manager of the Month, Edward Robey. Get in contact with the team to claim your free poster, and good luck to everyone for September.